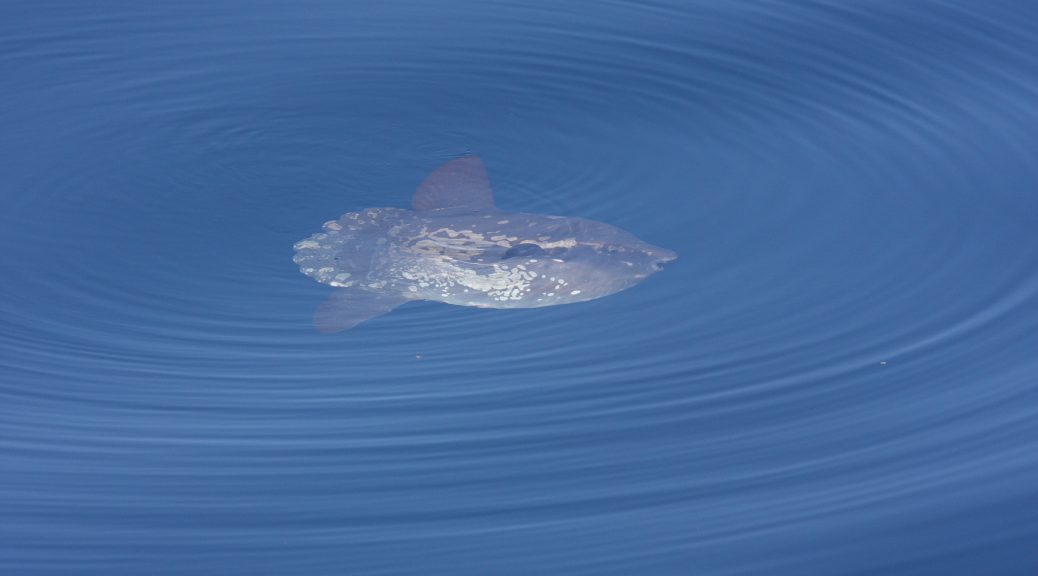 Two weeks ago, a satirical rant about the Mola mola or Ocean Sunfish spurred an online debate among science communicators, fish lovers, and scientists. And The Coastal Society became an unwitting  contributor.

On February  21st, we shared an editorial from Deep Sea News, titled “Ocean Sunfish are the most useless animal (an epic rant)” on the TCS Facebook page. It included a warning about the vulgar language.

Shortly afterwards we received the following private message from a follower:

“Your post about Mola mola uselessness was uncalled for, and a bit odd, given TCS’s mission. I’ve unfollowed you.”

This sparked a discussion among a sub-group of the TCS Communications Committee. We analyzed internally whether the post we shared was inappropriate, which led to a larger discussion on the role of satire and humor in communicating ocean science. Turns out, we were not the only ones who were discussing this.

Around this same time, Deep Sea News removed the editorial and in its place embedded a Facebook post by the author that had the original content included.

The TCS Communications Committee welcomed this opportunity to have a healthy discourse about reaching for new, innovative ways to elicit discussion and debate on coastal issues among our members and followers. For decades, the TCS Bulletin and Biannual Conference were our chosen forums but in this age of social media we have been exploring other avenues like this blog, Facebook, Twitter, Instagram, Blue Room Interview Studio, and even Snapchat. Reaching out to the person who unfollowed us because of the post, we learned that the opposition to the editorial was that it was in “completely poor taste” specifically with regard to how it was written and the language used, but moreover that “we’ve got enough of a problem/challenge in the world of fish getting people to look at climate change, pollution, habitat loss and a host of other issues (including things like overfishing) without kicking species when they’re down.”

Alternative Ways to Use Humor to Inform

The follower also brought up good points about how to use the tactic of sarcasm and humor via social media in a better way. They mentioned that “from a social media perspective, there’s any number of ways to couch things like this so that sarcasm is clearer”.

We love that an example of another Mola mola post was given to show an alternative way to demonstrate the absurdity of the species without going negative or “bad-mouthing the critter”.

(Warning: Very Strong Language used…as in hundreds of curses. Do not click if you are at work or school!)

With a little investigation we found a variety of ways this footage has been used by local fishermen, the Boston Globe, Boston.com, and television outlets in the Boston area that inform the public on the Mola mola. The boaters in the video were even interviewed by Jimmy Kimmel! On the show they were able to discuss just what the fish was and how surprised they were to learn about the Ocean Sunfish.

While the TCS Communications Committee was reaching out to the Facebook follower, Deep Sea News wrote a response to the controversy as well. They went deeper and pulled out information from the scientific literature on the impacts of how we discuss deep sea organisms.

National Geographic and Animal Planet have become known for their presentations of certain fishes as “Monsters of the Deep” and “Sea Monsters” as a way to gain interest, but turns out this trend of using negative humor on social media platforms to further causes is not unique to science communications.  Comedian Jon Stewart and The Daily Show cast and crew are well-known for using this tactic on television and online as ways to raise attention to political issues. But some assert there is a high cost to negative humor, principally creating an “insider” and “outsider” mentality in society.

What Do You All Think?

We want to hear from you! What are your views on the use of humor (positive or negative), sarcasm, and satire in science communications? Can you think of any other examples of its use that you thought were effective?