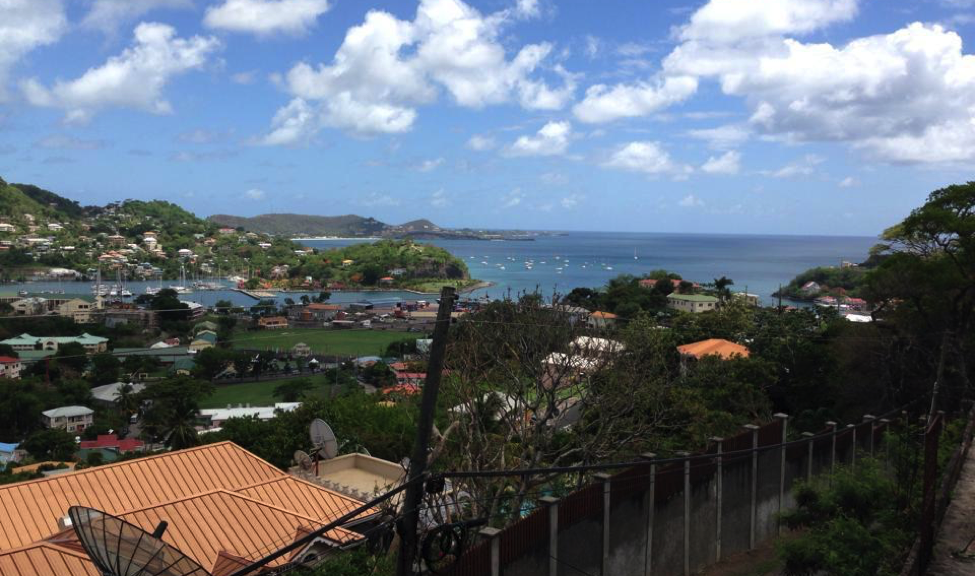 Editor’s Note: This article is also published on Marine Science Today as part of a TCS-MST Collaboration.

Ecosystem-based Adaptation is good for communities and the environment as it promotes community engagement, restores natural habitats, and builds local resilience. The experience of a small island in the Caribbean is case in point.

In the turquoise waters of the Eastern Caribbean Sea sits Grenada, a small island of about 105,000 people. The island is the southernmost of the Windward Islands and is located between Saint Vincent and the Grenadines to the north and Trinidad and Tobago to the south. Due to its location, Grenada is prone to natural hazards such as hurricanes, floods, earthquakes, landslides, and tsunamis. The country’s two largest cities, St. George’s and Grenville, are both located on the coast, and people depend heavily on agriculture and tourism for sources of income.

Coastal communities and marine resources on the island have already begun to experience the effects of climate change and are currently at risk from an increase in severe storm events, flooding, sea level rise, coastal erosion, drought, saltwater intrusion of coastal aquifers, and degradation of coral reefs. High coastal population densities, development, and limited land space have made Grenada all the more vulnerable. Damage from events that included two hurricanes, various tropical storms, and multiple extreme rainfall events served as a catalyst for projects focused on disaster preparedness, coastal resilience, and Ecosystem-based Adaptation (EbA) to help protect communities at risk from future coastal hazards.

According to the International Union for the Conservation of Nature (IUCN), adaptation can occur in physical, ecological, and human systems and “takes place through reducing vulnerability or enhancing resilience in response to climate change.” Adaptation activities include increasing community members’ knowledge and awareness about climate change effects to actually implementing adaptation strategies like creating a rain garden to help improve stormwater management.

EbA specifically focuses on “the conservation, sustainable management, and restoration of ecosystems to help people adapt to the impacts of climate change (IUCN)” as opposed to hard strategies that sometimes work against natural processes, such as concrete seawalls. EbA, also known as nature-based adaptation or a soft adaptation strategy, consists of multiple co-benefits as it not only protects livelihoods and communities but also restores natural habitat, supports vital ecosystem services, and boosts economies by increasing tourism.

The At the Water’s Edge (AWE) project, a great example of EbA work in the Caribbean, promotes coastal resilience and aids local communities in Grenada in responding to coastal hazards. As part of AWE, a partnership was formed between The Nature Conservancy, the Grenada Red Cross Society, and the Grenada Fund for Conservation as well as other local partners to conduct a Vulnerability Capacity Assessment (VCA). Combining the strengths of these different organizations helped make the process not only nature-based, but community-based as well. The VCA focused on four communities in the Grenville area of Grenada on the east coast of the island: Marquis, Soubise, Grenville, and Telescope. Previous assessments of these sites showed them to be the most vulnerable areas in Grenada for various reasons including their location, dependence on marine resources for income, and damage caused by past extreme events and storms. These communities are situated just steps away from the ocean, leaving them more susceptible to future changes.

The AWE project represents a holistic, community-based approach to adaptation and coastal management processes. For example, the project used participatory 3-dimensional mapping, which is a method of community based-mapping. The map depicts local knowledge and information like landmarks, houses, resources, and ecological features that would be difficult to express on a traditional or even a digitized map. Community members also attended various meetings and trainings as well as formed part of a community committee that was responsible for leading projects and making decisions.

Under this same project, two main EbA approaches were implemented in the Telescope area: mangrove restoration along the shoreline and a pilot coral reef enhancement project off the coast. On an island like Grenada where mangroves occur naturally but have historically been cleared for development, replanting mangroves can bring back a wealth of benefits such as protection from waves, water filtration, and fish habitat. The reefs off the coast of Grenada have also been degraded due to climate change effects as well as land-based pollution sources. The reef enhancement project’s goal was to help with wave attenuation, meaning to
decrease the amount of wave energy reaching the shore thereby decreasing coastal erosion and the risk of damage during high tide and storm surge events.

Climate adaptation often elicits images of giant seawalls separating cities from the sea. Gray infrastructure projects like seawalls are expensive, and they can lead to negative ecological and social impacts like disruption of sand distribution, loss of beach, and elimination of natural habitat. EbA, or green responses, are more sustainable than traditional hard approaches in more ways than one. The work in Grenada demonstrates the importance of natural infrastructure and can serve as an example not only to other Caribbean islands, but to coastal communities around the world.