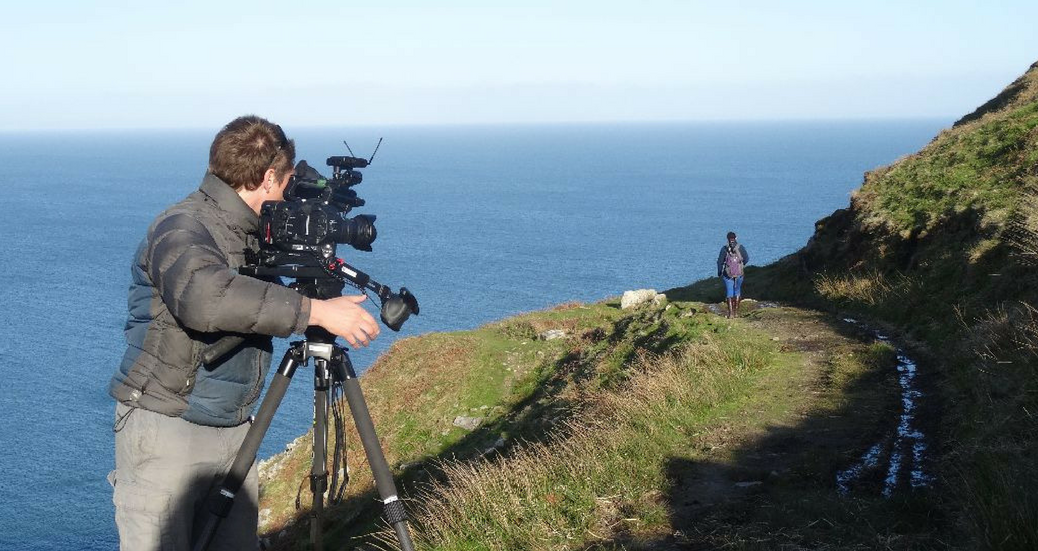 2017 was a year of thrilling blockbuster movie releases. Many of this year’s films had stunning cinematography of coastlines from around the world — some iconic and some hidden treasures.

Here are five films reviewed for their coastal cinematography.

When I look at films like these I can’t help but think about the men and women of coastal management who work to preserve and manage these seascapes everyday. Without them, these coastlines would not not be in any shape for their closeups.

If you want breathtaking cinematography of our oceans and coasts by your favorite filmmakers in the future, please consider supporting The Coastal Society today. Visit our donation page.

No spoilers here. All we will say is that the island from the hidden planet of Ahch-To from The Force Awakens plays a big role and does not only exist in a galaxy far, far away. The remote island where filmmakers show is off the coast of Ireland, named Skellig Michael. The island is one of two Skellig islands. The smaller one is called Little Skellig and Skellig Michael is also called Great Skellig. The island was home to monks who removed themselves from civilization between the sixth and eighth centuries to practice Christianity for an estimated 600 years. The huts shown in the movie weren’t built for the movie. They are very real! As coastal professionals we know that the cultural and historical features of our seascapes are very much part of coastal systems; the coastal cinematography of Star Wars: The Last Jedi is surprising proof.

While we wait for 2018’s release of Aquaman fans were given a bit of a preview with Justice League where Batman recruits Aquaman. The director Zack Snyder filmed some Aquaman scenes (including scenes with Mera, marine warrior and Queen of Atlantis) in Iceland. Beforehand Snyder released a few photos taken on location in Iceland. The photos show Aquaman posing on a gravel road in the desolate Arctic landscape of the northern coast of the Westfjords, known as Strandir. A local boatshed in the village Gjögur, which has been fitted with a sign reading “Newfoundland’s finest seafood”, and a third landscape shot from Strandir. The non-fictional municipality of Árneshreppur has a mere 53 inhabitants tucked into the Strandir coast. In 1917, an industrial herring factor was opened in Djúpavík, but it was abandoned in the 1940s due to the plummeting price of herring. The factory, situated near a small creek by the fjord called Reykjarfjörður, appears in Justice League as a key meeting point for Batman and Aquaman. For those in-the-know, the scene depicts the struggles not only against saving humanity from comic book enemies but also from managing fisheries.

The film begins on the fictional island of Themyscira. Creating Wonder Woman’s island home was one of the most challenging aspects of the film’s production design. Two-time Oscar nominated production designer Aline Bonetto told the Hollywood Reporter, “We talked about creating a beautiful island, but not being too close to the Greek islands, which is the obvious inspiration. We wanted a beautiful, natural environment that the Amazons protect as the environment protects them. It’s lush, green.” They filmed the island scenes in Italy and along the Amalfi Coast. The challenge came most during the main battle scene. Filmmakers needed a white beach surrounded by cliffs. Bonetto explained, “But if you look for a real beach with cliff, it’s not possible to film because of the high tides.” The enchanting coastal topography captured by the filmmakers matches the power Wonder Woman learns she possesses.

It took more than 60 ships from nine different countries over five months and one marine coordinator to pull off what might be the biggest naval film shoot in history. Neil Andrea, Dunkirk’s Marine Coordinator, filmed on location in Dunkirk with real war ships and fighter planes to recreate the epic battle scenes rather than fill in backdrops with CGI. Andrea is a veteran marine coordinator with a portfolio that includes the Pirates of the Caribbean franchise, Captain Phillipsand National Treasure. Coastal professionals play more of a role in filmmaking than you would think! (Yes, this is a teaser for a future TCS Blog article.)

Pirates of the Caribbean: Dead Men Tell No Tales

As has become the norm in each of the Pirates films the ocean shots were absolutely stunning and the sailing scenes impressive. For tall ship enthusiasts the return of the Black Pearl and Flying Dutchman were probably expected from trailers but a new ship was introduced, the Silent Mary. Perhaps more surprisingly, this installment of the Pirates of the Caribbean franchise did not have a single scene filmed in the Caribbean. Past Pirates movies were filmed in St. Vincent, Dominica, The Bahamas, Puerto Rico, Hawaii, England, and California, among other places. Dead Men Tell No Tales was filmed almost entirely in Australia, mainly in the area where the movie was based in the Gold Coast. In fact, Dead Men Tell No Tales was the biggest motion picture ever shot in Australia. Coastal professionals and Captain Jack Sparrow know, “Not all treasure is silver and gold, mate.”

Did I miss any movies that had breathtaking coastal cinematography in 2017 (blockbuster hits or independent films)? Write me a quick note or create a comment below and we will update the list.