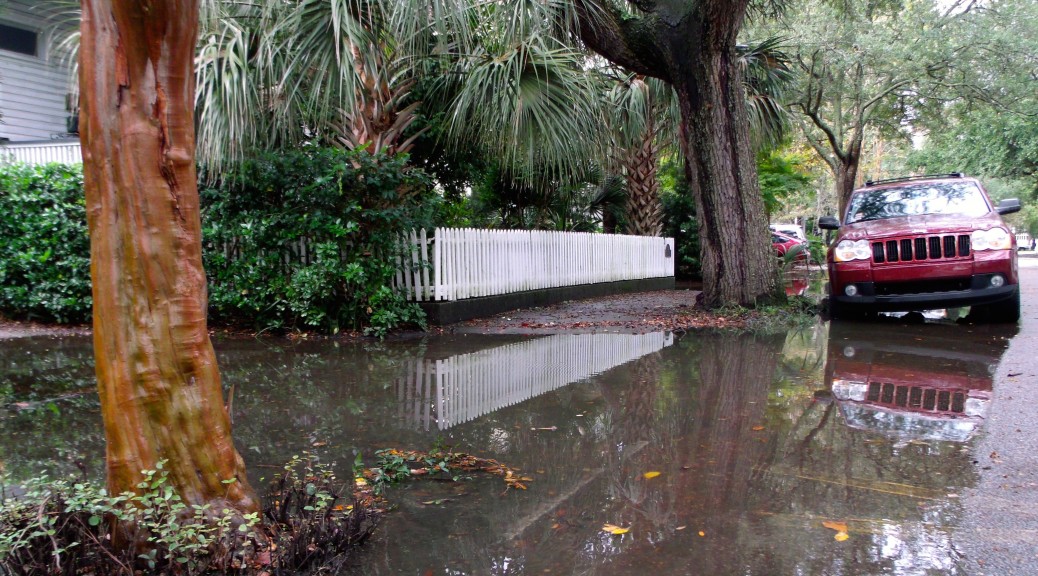 A recent study out of Columbia Law School’s Sabin Center for Climate Change Law (Sabin Center) may help turn the tables on how projects are typically evaluated with respect to climate change under the National Environmental Policy Act (NEPA) and similar state policies. The resulting paper prepared by the Sabin Center is titled Assessing the Impacts of Climate Change on the Built Environment under NEPA and State EIA Laws: A Survey of Current Practices and Recommendations for Model Protocols (August 2015). The study calls attention to an aspect of the U.S. Council on Environmental Quality’s (CEQ) draft guidance on climate change analysis that has frequently been overlooked – namely, how climate change may affect a project. The Sabin Center paper also outlines a structured approach for analyzing climate change effects on a project, which will hopefully assist agencies in performing such analyses more consistently and effectively during NEPA reviews.

NEPA requires an Environmental Assessment (EA) or Environmental Impact Statement (EIS) for federal actions that may have a significant effect on the environment. In addition to activities conducted by a federal agency, “federal actions” under NEPA include the issuance of federal permits or the supply of federal funds for a project. In February 2010, the U.S. Council on Environmental Quality (CEQ) released draft guidance for federal agencies to consider the effects of climate change and greenhouse gas emissions (GHG) during their NEPA evaluations, e.g., during the review of a permit application for a project. The 2010 guidance specifically notes that “climate change can affect the integrity of a development or structure by exposing it to a greater risk of floods, storm surges, or higher temperatures.”

The CEQ draft guidance was revised in December 2014 to clarify and reinforce the 2010 draft document’s recommendations, partially in response to public comments on the 2010 draft. The CEQ’s 2014 revised draft guidance clarifies direction on when and how to consider GHG emissions, and includes references to accepted GHG quantification strategies. The 2014 revised draft guidance also reiterates that an agency should assess the impacts of climate change on the project, in addition to the more common practice of evaluating the impact of the project on climate change. However, the CEQ guidance does not clearly define how the climate change impact analysis should be accomplished. Indeed, the 2014 revised guidance acknowledges that “agencies continue to have substantial discretion in how they tailor their NEPA processes to accommodate the concerns raised in this guidance.”

The CEQ draft guidance followed President Obama’s 2009 Executive Order 13514 instructing federal agencies to “establish an integrated strategy towards sustainability in the Federal Government and to make reduction of greenhouse gas emissions (GHG) a priority for Federal agencies”. Under EO 13514 and subsequent supplemental or superseding executive orders, Federal agencies began developing strategies for reducing GHGs; for example, the U.S. Navy issued its Climate Change Road Map memo in May 2010. Since 2009, agencies have also developed strategies for assessing vulnerability of infrastructure to climate change effects; for example, the U.S. Department of Transportation issued its 2012 Climate Change and Extreme Weather Vulnerability Assessment Framework. These efforts have facilitated the reduction of GHGs and adaptation to climate change for some agency-initiated developments, which is an underlying CEQ goal. However, as with the CEQ draft guidance, these documents do not provide detailed instructions on how to analyze climate change during a NEPA review; such analysis would apply to ALL major federal actions, including the regulation of many private-sector projects.

In 2015, the Sabin Center conducted a systematic review of NEPA documents to better understand how climate change issues and infrastructure vulnerabilities were being addressed. The Sabin Center study found that, in the absence of a specific climate change analysis protocol for NEPA reviews, the evaluation of climate change impacts on proposed projects has been limited and inconsistent in scope. This finding was based on a review of federal EAs and EISs issued between 2012 and 2014. These results were generally consistent with a similar review of recent EAs and EISs conducted by Defenders of Wildlife in 2013. In particular, while it has become common practice to quantify GHG emissions from a proposed project, this practice only addresses one side of the coin: how a proposed project will potentially contribute to climate change. Because an EA/EIS more often considers how a project will affect the environment, the opposite approach has been dubbed a “reverse EIS” because it emphasizes the environment’s effect on the project.

Catchy term aside, CEQ notes that the justification for the “reverse” climate change analysis is rooted “squarely within the realm of NEPA… ultimately enabling the selection of smarter, more resilient actions.” As a more specific example, NEPAs purpose is, in part, to “attain the widest range of beneficial uses of the environment without degradation, risk to health or safety, or other undesirable and unintended consequences” [42 USC §4331]. For instance, risk to health or safety is clearly an issue in a case where climate change could result in sea level rise or more intense precipitation events that in turn could cause flooding of critical energy infrastructure and subsequent loss of power.

Aiming to bridge the gap between the CEQ draft guidance and routine agency action, the Sabin Center has outlined a detailed protocol for conducting an analysis of climate change effects on a project during a NEPA review. In developing its proposed protocol, the Sabin Center pulled examples from several existing documents, including policies implemented at the local, state and international levels. The study also considered certain EISs that DID incorporate a detailed assessment of climate change impacts on a project, including the EIS for the controversial Keystone XL Pipeline project. By creating a more distinct framework for a “reverse EIS” assessment, the Sabin Center’s study will hopefully help agencies improve the design of more projects through the NEPA process or similar state and local reviews, thus moving us one step closer to smarter and more resilient infrastructure development.

One aspect of a robust EA/EIS is that it employs the best available scientific and technical information. When it comes to incorporating an assessment of climate change effects on a project, an additional measure of a successful NEPA review will likely be that the lead federal agency used the best available analysis tool – something the Sabin Center has aimed to create. Integrating a “reverse” climate change analysis into NEPA documents adds a critical dimension to the thoughtful review of proposed projects that may be significantly affected by shifting environmental conditions. Such an analysis will better inform the public and improve agency decisions in developing appropriate mitigation measures to address relevant and often controversial climate change issues of concern.

About the Author:  Steven MacLeod is a TCS Board Member and is employed as an Environmental Scientist at Ecology and Environment, Inc. (E & E) in Buffalo, New York, where he consults on energy transmission and shoreline restoration projects. Steve thanks his colleagues at E & E for their contributions to this article, particularly Mr. George Rusk, J.D., and Ms. Laurie Kutina. Thanks also to Ms. Jessica Wentz, J.D., at the Sabin Center for Climate Change Law for her review prior to publication.